It’s been 2 months since I started using Project Fi on my Nexus 6P and I thought I’ll write my review about it.

What is Project Fi

Project Fi is a mobile phone carrier offered by Google and it’s a prepaid service (at least for now). It uses 2 cellular networks - Sprint and T-Mobile with switching between the two depending on which network has better connection. It also features Wi-Fi calling so when you’re at home or work or at a place where there is good Wi-Fi connectivity calls can be made through Wi-Fi. Currently only Nexus 5X, 6 and 6P are supported. Signing up for it is a simple process. You request an invite and within few days you’ll receive the nano sim card. When you sign up for it, you have to provide your details like home address, billing address, credit card details and your mobile phone number (for mobile number portability). This can be done later too, but if you do all this before you get the sim card, then the transition is instant. You just use the new sim card and you’re good to go. Once you make the switch to Project Fi, your current prepaid number will be paused. If you don’t feel like continuing with Project Fi you can opt out of it and you’ll get back your old number and connection. I like the simplicity of this. No going to the store, no paperwork, no wait times.

Project Fi plans look neat and straightforward. $20 for just talk and text and then $10 per GB. Best part about this plan is if you don’t use all the data that was assigned to you in the plan, you’ll be refunded for the unused data and it will reflect in your next bill. Similarly, if you use over your limit, you’ll be charged extra on a prorated basis. So for example, if you don’t use about 0.4GB of data by the end of your billing cycle, you’ll get $4 as refund. No hidden charges, you just pay for what you use (+ taxes of course). They have good international coverage in case you want to call numbers outside US or use it outside US. It also supports international roaming in over 120+ countries. You don’t get LTE while on roaming, it’s limited to 256kbps. But it’s okay. At least you’re not paying extra for data, you just continue your current plan. And you don’t have to buy another SIM card and share your temporary number with your friends when you’re on vacation.

My experience using it outside US

I was in India for 3 weeks last December and I depended on Project Fi for all my calls and texts both in India and to US. It worked seamlessly, for the most part. I had no issues with connectivity, I always had cellular network and I was able to make calls easily and there were no call drops midway during the call. Data worked perfectly too but only until about 5 days before I left. On a Saturday morning, my data just stopped working. I didn’t change any setting, I didn’t fiddle with the phone, nothing. I wake up and it’s gone, no data. I tried turning it off and on again, switching to airplane mode and back, switching off and on the international roaming, and also turning off the phone and turning it on again. Nothing worked. I called up customer service and they asked me to do everything I already did and it didn’t help. They weren’t able to figure it out either. It just didn’t work until I came back to US. I could still make and receive calls though. The biggest problem was none of the messages anybody sent to me on WhatsApp or Hangouts reached me and they couldn’t call me since mine was an international number and it would cost them about 8-10 times more than a regular local call. I also couldn’t use Uber/Maps, which sucked.

I didn’t really have any other problems with Project Fi. Call quality is great, plans are cheap and customizable and no issues with data (at least in the US). But sometimes my phone searches for network when enter my apartment lobby and also sometimes after hanging up. I added a screenshot of that below. It’s no biggie, but it never happened to me with my previous carrier. 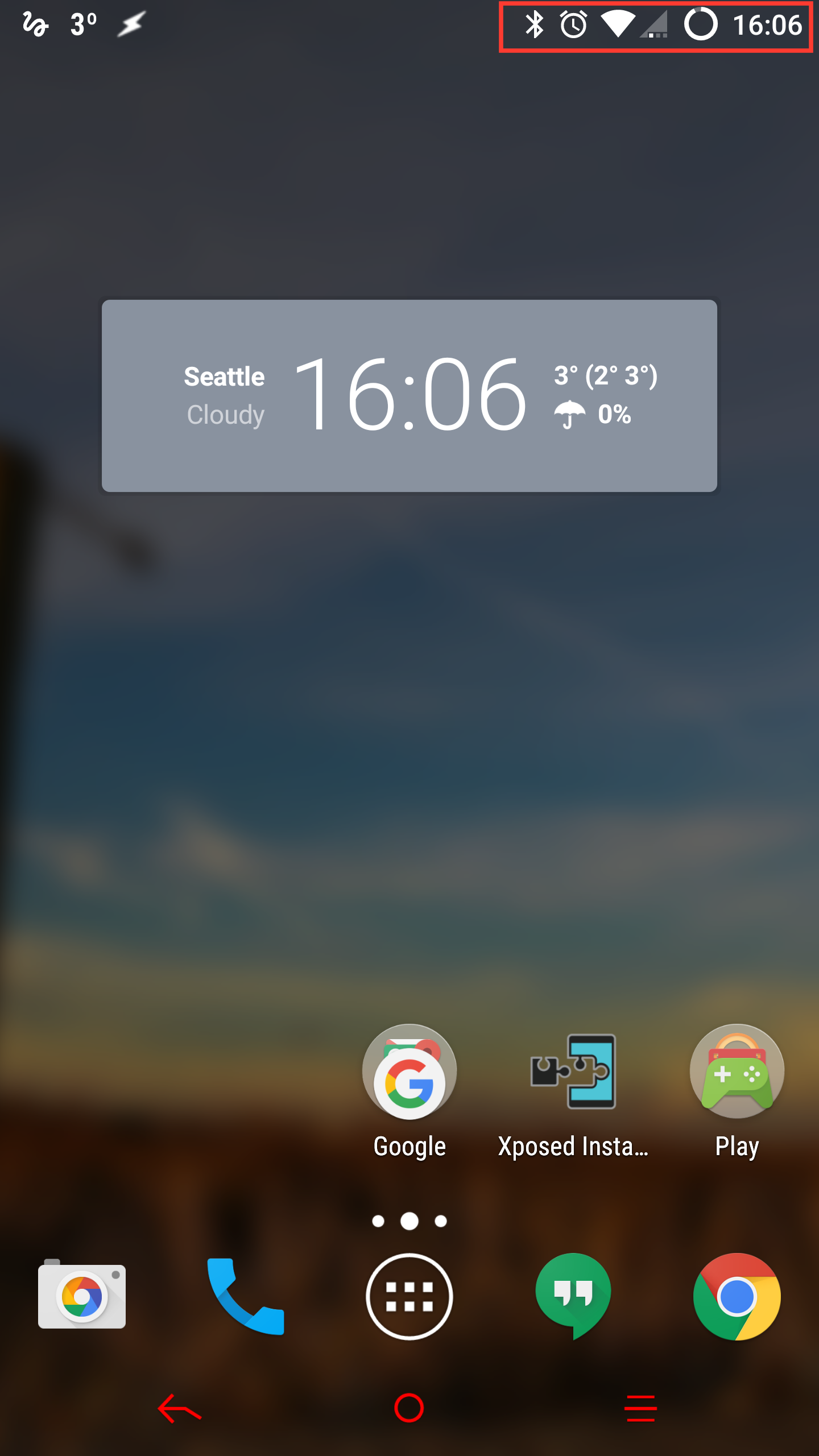 When I came back from India, a package was waiting for me. A package sent by Google. And it was a LEGO kit to create a phone stand or docking station or other fun things. I had read on AndroidPolice that Google was giving away Lego kits to some subscribers of Project Fi. I never expected I’d get it. So I opened it and built my own docking station. Check it out ;) 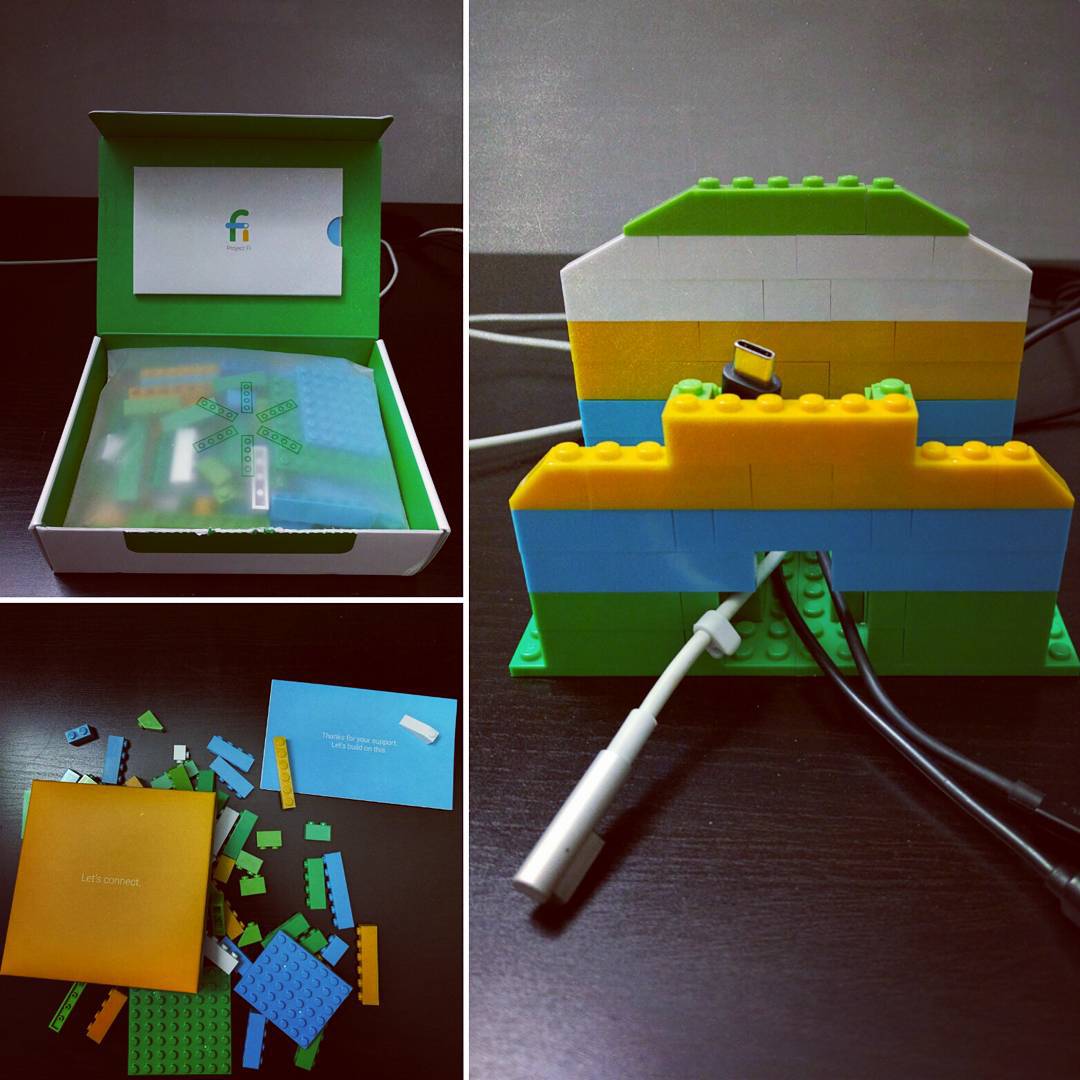 I like it. I like the plan and the idea of refunding for unused data, I liked the smooth transition from existing carrier to Project Fi, I like the beautiful app they have to manage accounts, track data usage, view bills and past statements and do so much more and I love the LEGO kit :D I’ll stick to it until something stops working unexpectedly (like how my data stopped working for no reason when I was in India). I hope they enable higher data speeds outside US sometime soon.